All Adults snore to some degree. If you can be heard from the next room, you may be a candidate for a snore guard appliance. Snoring in itself is not a problem, except that it is disruptive to the sleep of others. Snoring occurs when the soft tissue in the airway vibrates with the release of air during breathing. This happens when you are sleeping and your muscles are relaxed.  Snoring can be a sign that there is a bigger, underlying problem called sleep apnea. Apnea sufferers stop breathing all together while sleeping, sometimes many times during the night. Breathing is being obstructed and thus this type of apnea is called Obstructive Sleep Apnea. Eventually, your body realizes that the oxygen levels in the blood are causing a dangerous situation, and the person moves or awakens and start breathing again.  Sometimes, the sleeper wakes up feeling a bit panicy, but does not know why! If you are tired during the day or suffer headaches upon rising in the morning, it could be that you have been stirring or waking during the night in order to breath and that your decreased levels of oxygen to the brain are causing it to hurt! Waking multiple times during the night may leave you feeling like a new parent-tired!

Apnea is a serious health condition that can take years off a person’s life.  People that have 30 plus apneas per night are a much higher risk of having a stroke or heart attack. If a family member has observed you stop breathing or if you suffer from the symptoms listed above, you should be checked for sleep apnea. Dr. Stummer can screen you for apnea and send you home with a sleep test.  He can also treat mild to moderate apnea. Severe apnea must be treated with a CPAP device. Sleep apnea treatment is usually covered by medical insurance. 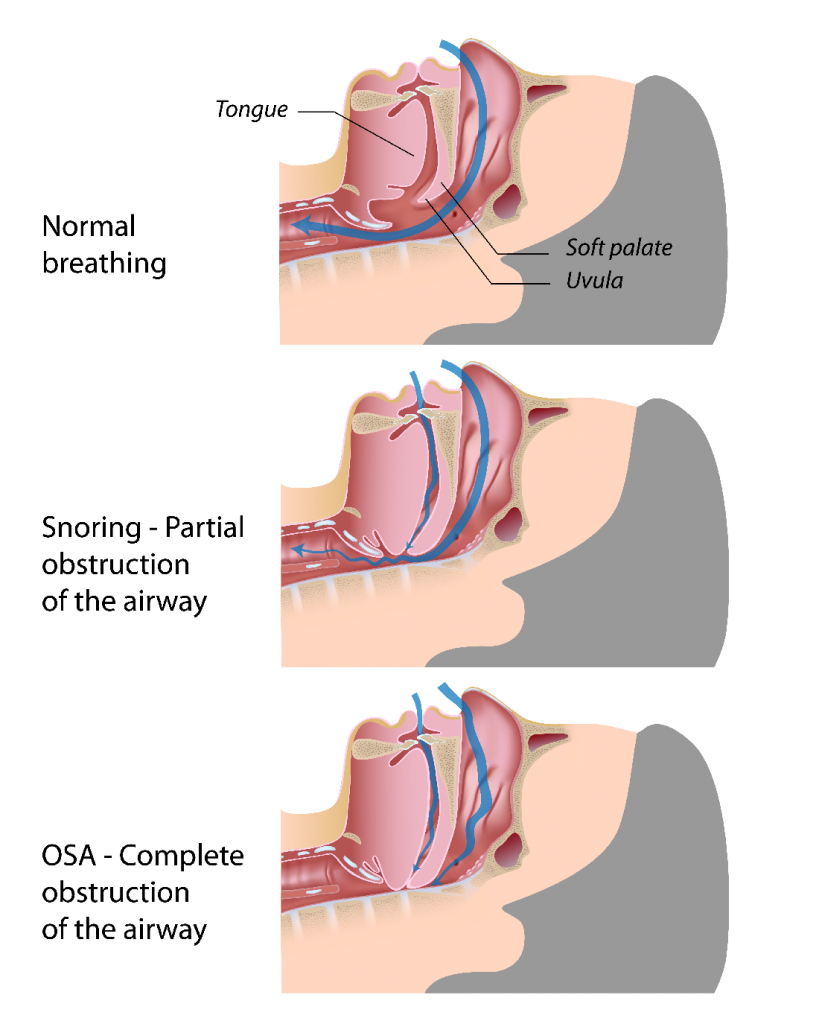